Upon crossing the border into Canada, I expected to be impaled with hockey pucks until I lost control of the steering wheel on a slick of maple syrup and collided with a two ton moose, but there was nothing. A noticeable rocky difference in terrain, but otherwise the roads were completely deserted.

As I mentioned in my previous post, it was an 8 hour drive from Acadia, Maine to our Airbnb in Havre Boucher, Nova Scotia, which my foreigner pronunciation of left our hosts with jaws agape. They cringed every time I said Antigonish as well.

The drive was exhausting but smooth, just one ~$5 toll on the bridge to Nova Scotia that accepts US dollars but only gives back Canadian. It was here that I learned Canadian money is made of plastic, and I immediately made mental plans to use Queen Elizabeth II as my latest bath toy.

Connor and I arrived at our Airbnb running on a few hours of freezing, mountaintop sleep and with 8-hour car ride leg instability. All we wanted was to curl up and sleep, but we ended up having amazing hosts! Using the $40 Airbnb credit from my sister’s referral, we got this $84 value for $44!

Our host, Shelly, gave Connor and I each a glass of wine while we talked about our journey into the land of the bluenoses. After half an hour, her husband, Neil the Cowboy sporting a broken leg from falling off of a runaway horse on his way back from a town council meeting, came home and joined us. They were an incredible couple who gave us recommendations for both Cape Breton and Halifax, and a plethora of information on the history and demographics of Canada, such as, Nova Scotia is typically where Canadians go to retire because it’s so isolated and full of farmland, and Vancouver recently became highly populated with Asians, and all of the Canadian youths were going to Calgary, Alberta for the oil industry, and many, many corrections on how to actually pronounce the French-named towns. 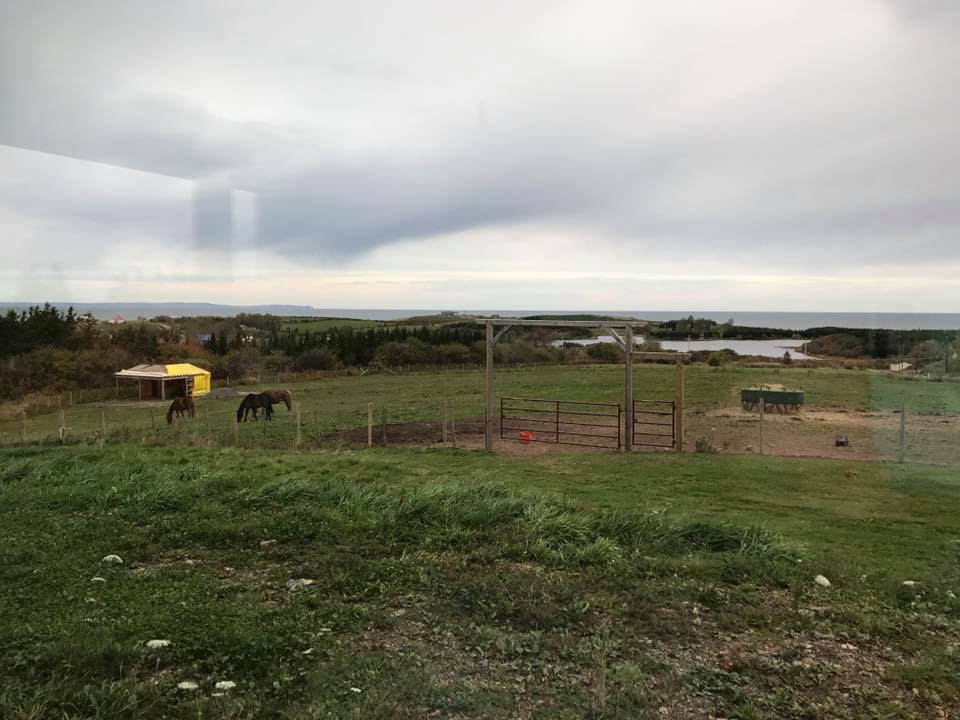 I woke up the next morning out of a deep, deep sleep, later than I wanted to get started but much needed. I pulled back our bedroom curtains to see Canada in the morning light, and THIS is what was outside my window: Majestic horses prancing around in front of the Northumberland Strait of the Atlantic Ocean. I saw myself retiring here immediately, and I was taking the heated floor I was standing on with me. 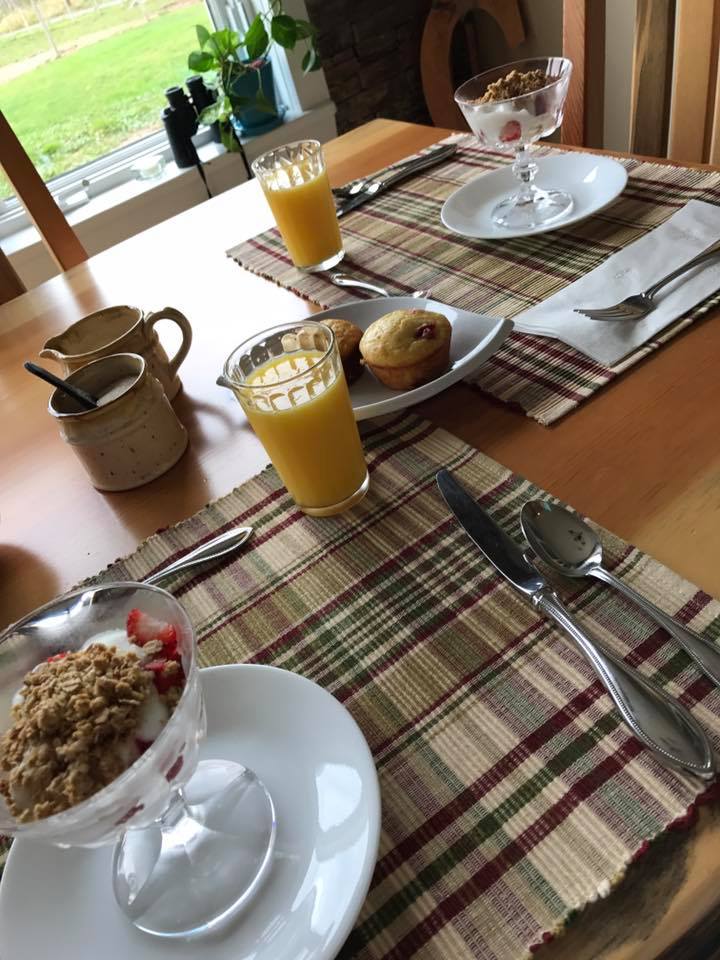 Not all Airbnb’s provide breakfast, but Shelly did breakfast with an evident pride in her work. Her fried eggs were done to perfection, like any experienced mother’s, and on top of that there was robust coffee, fresh yogurt parfait, and cranberry muffins which I ate both of because Connor doesn’t like carbs. After eating daily peanut butter and jelly sandwiches that I had packed supplies for to save money on eating every meal out, I savored every 5-star bite and couldn’t even wait for Connor to finish getting ready and join me. To be fair, his morning routine takes over an hour.

With another long day rising ahead of us, I didn’t want to say goodbye, however Shelly and Neil the Cowboy had retired lives to live, and Connor and I had time-sensitive sights to see. We climbed back into the Nissan Murano, still not sure if we would peek into Cape Breton, or do the entire four hour Cabot Trail driving loop… Or so I let him think this once-in-a-lifetime drive was up for debate. 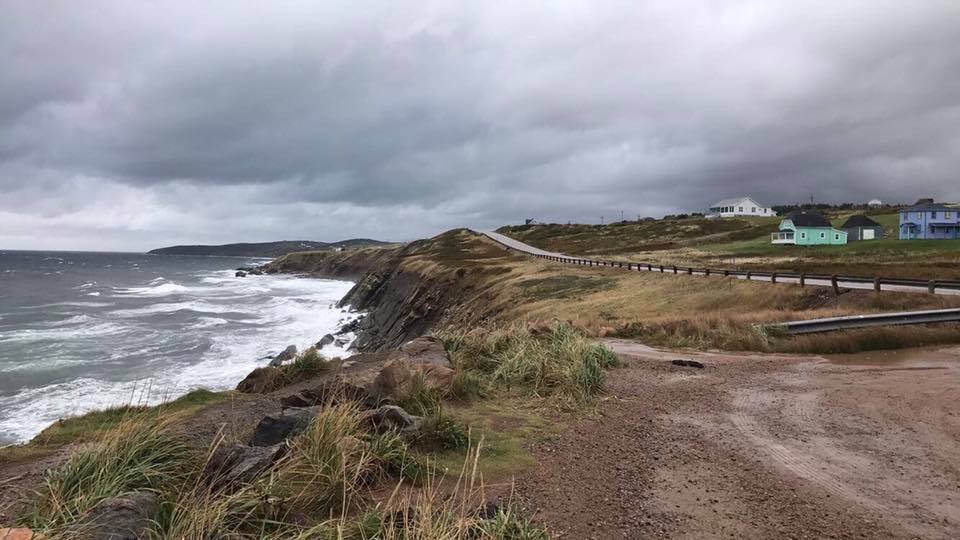 We entered Cabot Trail on the North side, and this beauty of a landscape greeted us right after entering the park, WHICH also happened to be free because Canada was celebrating 150 years of confederation. Also, if you go, taking a paper map would be helpful because there is very bad cell service throughout all of Canada, particularly the rural Nova Scotia, and there were many times I had no GPS service on my phone map and had to guess where to turn.

I will admit, a lot of the pictures I took look the same, e.g. winding roads cradled in fall-foliage smattered mountains, but no iPhone 7 photo was able to accurately capture the rolling beauty surrounding me. (If you can’t tell by my advanced prose and sensory descriptions, I’m reading Life of Pi right now.) 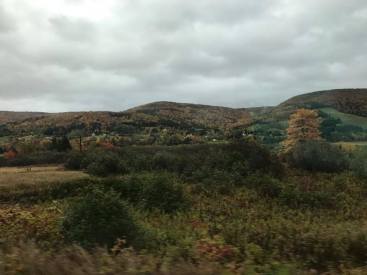 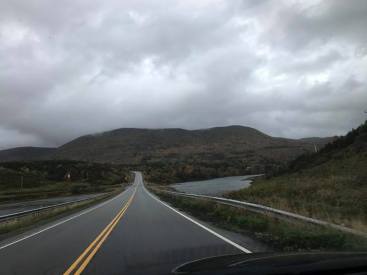 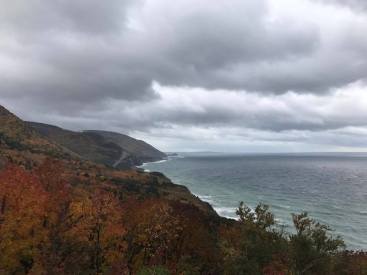 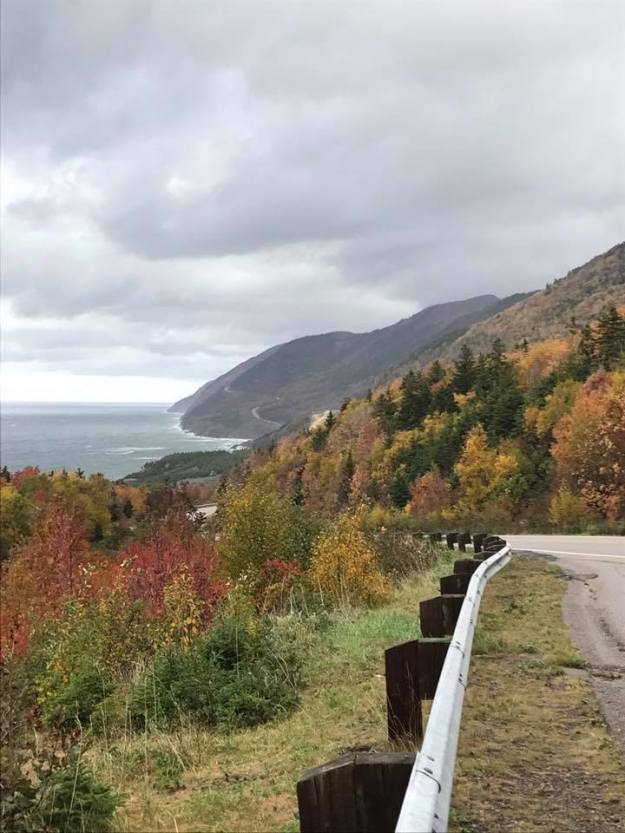 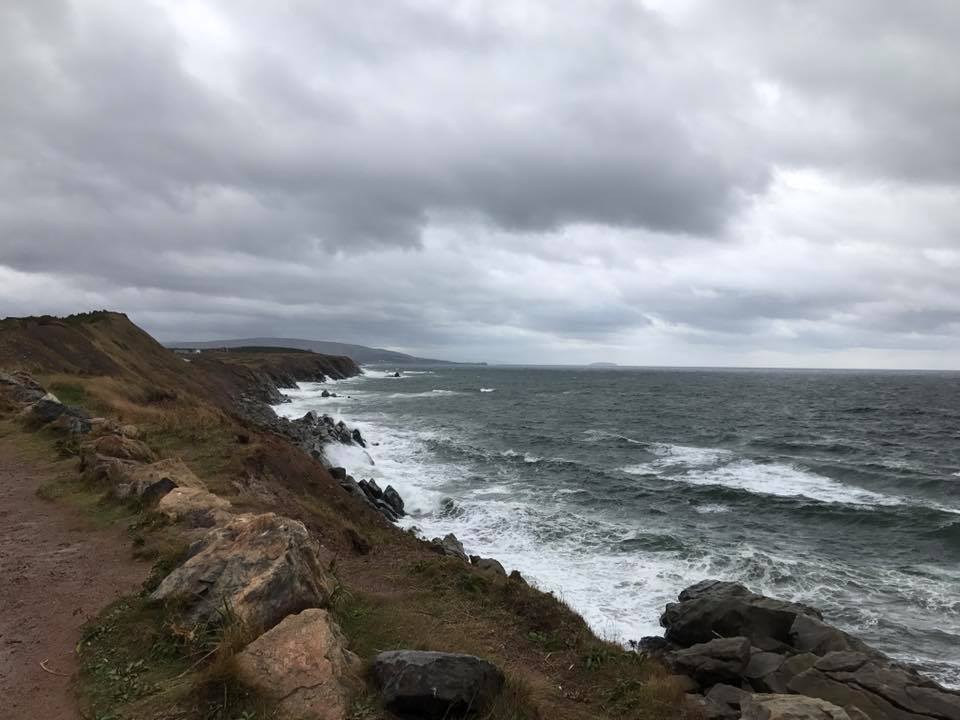 I pulled over every 5 minutes, maybe less, to take a photo. Every turn offered something new to stop me in my tire tracks and swerve to a pull -off area. As the weather cleared up, I only had another excuse to photograph the same cliffs from further down the road with different lighting.

Definitely enter from the North, as the drive down on the South doesn’t have much to see. And if you’re easily car sick, take medication because no amount of John Denver “Take Me Home, Country Roads” can prepare you for these winding, hilly roads! 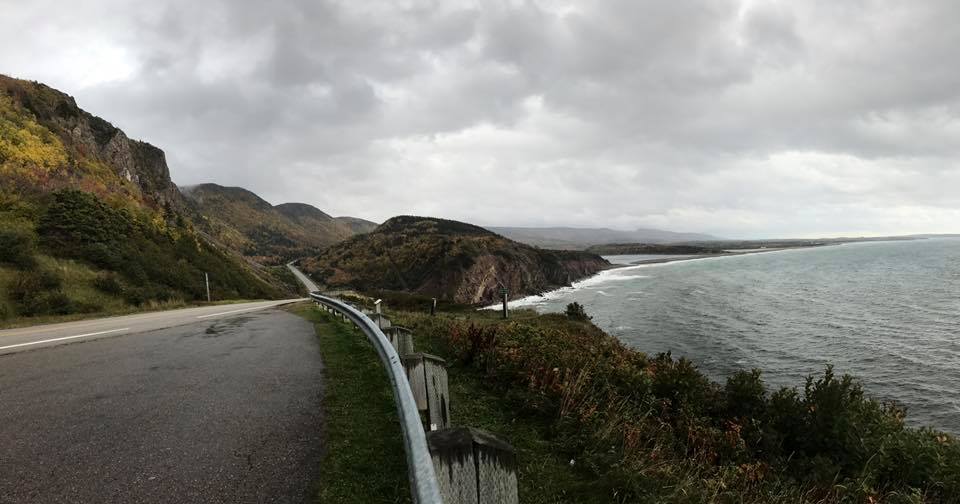 Shelly said it would be a long drive to do the four hour Cabot Trail loop, and then swing back around to Halifax. But how could I not do the entire length of this world famous drive?? My biggest regret is not planning a hiking trip. I looked into Skyline Trail, which supposedly has an amazing view of ocean beaten cliffs, but there was no time for that or any of the other dozens of trails calling me to slam on my brakes and veer right into their parking lots.

There is also the Alexander Graham Bell Museum at the bottom of the South Side of Cabot Trail, but by the time we were driving by Connor and I were already looking at an 11pm arrival in our White Point Resort cabin.

It was a VERY, very long drive, and by the end of it I was tired and hungry and had to pee like a thousand race horses. The sun was blinding my eyes and construction induced traffic added at least an hour onto our drive, but I was HAPPY. The salty air was even purer here than in Maine, and I loved seeing the native craft shops for tourists the whole way around Cape Breton. However, we were the first weekend of designated off-peak season, and many of the shops were closed until spring. Visit before mid-October if knick-knack shopping is your passion, same thing for whale sighting tours. 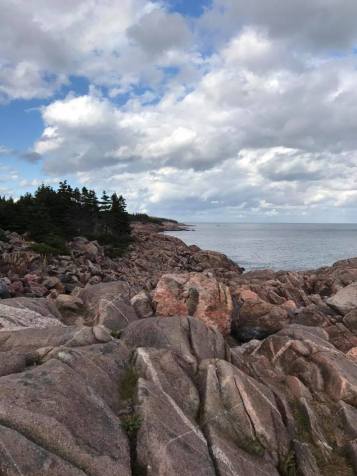 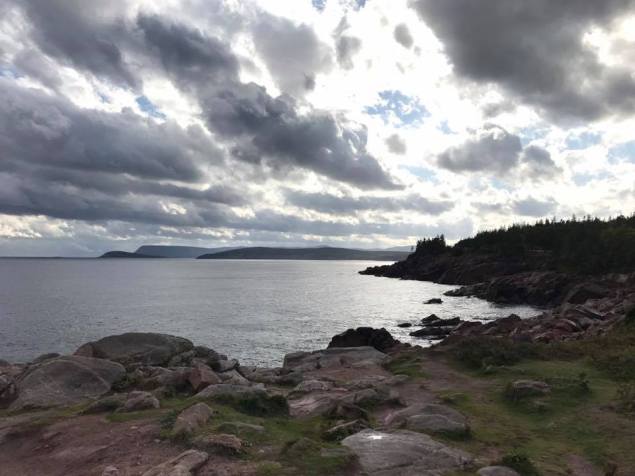 Connor and I drove almost two hours past Halifax to get to our resort. Oh we fancy? No, Connor’s parents had expiring hotel reward points. BUT booking with expired RCI points proved to be more expensive than just renting a hotel room, and I am quite eager to tear RCI to pieces in my next and final fall trip post. Nothing gives me a rush quite like savage Yelp reviews.